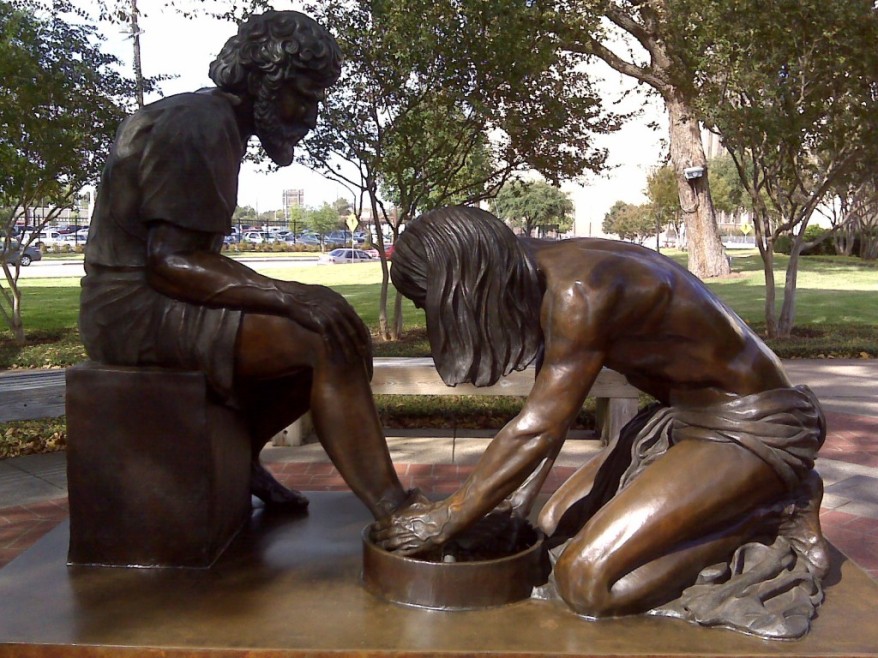 Throughout my lifetime, I have been told on a fairly consistent basis that I am arrogant. This has generally been said to me by those above me in status, position, or authority…very rarely has this been said to me by my peers. Now granted…they weren’t wrong in stating I was arrogant…but it does make me think…why did they feel the need to resort to “name calling” over, “Love one another with brotherly affection. Outdo one another in showing honor,” as Romans 12:10 tells us? Instead the general reaction to me (and it was generally me challenging the status quo or laziness) was a puffed up chest, an ego, and harsh words, followed by a lecture on leadership authority and a slap on the wrist. This is an all too common reaction towards those seeking change (admittedly not always in healthy ways). Christians are responsible for the spirit in which conflict takes place and its time we start taking that responsibility.

I’ve been a Christian for almost 2 decades now…and in all of that time, I have only seen the above statement from Paul in Romans employed to resolve conflict within the church a handful of times. Now we are all human, we all make mistakes and we all fall short of what God expects of us…but people in leadership positions are called to be faithful in even the most daunting of scenarios. They are judged according to a higher standard and because of this…must live their lives in a way that reflects that higher standard. If you are a leader of a church or are in a leadership position, let me implore you to understand a very simple but difficult concept. It’s called submission. See, Christian structures aren’t supposed to look like worldly structures (where one group lords power and authority over another).Why is this even important for everyday people? Well, first of all…you may end up leading in the church in the future…so don’t think it doesn’t apply. Second in order to realize who good leaders are you need to know what a good leader should look like. Jesus tells us how this is meant to look within the church when stating,

“25 But Jesus called them to him and said, ‘You know that the rulers of the Gentiles lord it over them, and their great ones exercise authority over them. 26 It shall not be so among you. But whoever would be great among you must be your servant, 27 and whoever would be first among you must be your slave, 28 even as the Son of Man came not to be served but to serve, and to give his life as a ransom for many,’” (Matthew 20:25-28).

Yeah…if you cringed at reading that its ok…so did I. Church leadership has authority…I am not saying that it doesn’t…what I saying is that it’s far from ok for Church leadership to remind people of their authority. It’s far from ok for leadership to be flippant and dismissive, haughty, and arrogant in their own right. See when I was being “arrogant” I was speaking the truth to people more interested in sitting on their hands than in taking action. My voice made them feel guilty, it made them feel threatened and because of that, they lashed out. Now on some level…this is human nature and while I can forgive them for this and move on (and believe me I have) I at the same time hate seeing this vicious cycle continue with others. People within the church need to begin to realize that they do not belong to a club…or an organization…but a living breathing person. There is a reason that the church is personified as a person (whether it be the body of Christ or as the bride of Christ). When one portion of the Church is injured…we injure the entire thing…this is what Paul means in 1 Corinthians 12:12-31 (take a second to read it).

You see…true Church leadership is about submission to one another. Leaders then are responsible for starting this trend of submission both in submitting to one another and in submitting to those within the church. They are not called to pound anyone into submission…or exert their will upon them. As Scripture says “love does not demand its own way,” and unfortunately I see a lot of leaders demanding their own way and forcing their fellow Christians into scenarios because “they are the leader.” If you don’t remember why this is NEVER ok, I suggest you go back to the beginning of this post and read the words of Jesus again…because he means them. You see arrogance is defined as, “an insulting way of thinking or behaving that comes from believing that you are better, smarter, or more important than other people,” according to Miriam Webster’s Dictionary. In calling leaders to correction according to what Scripture says…I was not being arrogant but I was being truthful, and instead of dealing with the content of what was being said they attacked me…which is fairly typical of arrogant people trying to discredit an idea. Now this doesn’t mean that every time a leader is met with opposition that he fold…that isn’t what submission is. Submission to another is about service to one another…if you are a leader…and if you are serving the people God has charged you with…they will submit on their own as you submit to them. In this way, the church is intended to run in a way that shows that in leading by way of dictation is to disobey Christ and is the way of the world.

Notice…Jesus himself could just dictate to us…he never had to come in flesh, be tortured, and then die. He could have merely commanded and exerted his will…but this is not who God is. Jesus…the very image of the invisible God washed regular human beings feet. He spoke with prostitutes, tax collectors, drunkards, and the like. He was not interested in presuming some sense of superiority (even though he was clearly superior) but lived as we lived, ate as we ate, slept as we sleep, hurt as we hurt, and eventually died as we all die. He submitted himself to our feebleness and weakness…and in the end; we have been exalted by Him to the highest imaginable point. The King of the universe humbled Himself…and in so doing has caused billions of people to profess him as Lord and submit to His will for their life over the last 2000 years. The results of leadership submitting to those they serve seem to prove that God knows what he is talking about. Not too long ago a situation arose in which conflict had stirred some trouble between me and a few others within the Church. Instead of my Senior Pastor demanding that I take a certain action to make peace, he appealed to my judgment, urged me to pray and discern my purpose and stated that he had no right to tell me what to do (even though he did) stating that he trusted my judgment and either way supported my decision. This my friends…is what biblical leadership looks like, mutual submission, the preference of other people above yourself, and loving on people.

I urge everyone reading this (whether in leadership or not) to understand that true arrogance is epitomized by self-importance, control, and the exercise of power in a coercive manner. Speaking truth to power is not arrogance…it is prophetic…it is biblical…and it is necessary (read the prophets and you’ll see why). If speaking truth to power is arrogance…than Jesus, Isaiah, Moses, and countless others were as arrogant as they come…and I highly doubt there is a single person reading this willing to affirm that any of those men were arrogant. We, as the people of God, must be willing to take the time to listen to one another and not allow ourselves to become bogged down in programs, methods, and concepts that have nothing to do with Jesus and everything to do with us and our way of thinking. When we do this…when we listen, submit, love, and serve one another…then this is when the church begins to looks as she should. I pray for the day when this ideal becomes the reality, because when it does…the Church will take the world by storm. Peace and Blessings and as always thank you for reading.